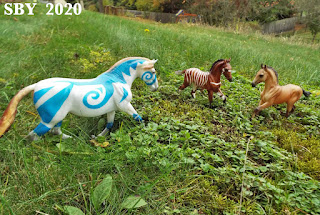 This is really two posts, a long one featuring my Spooktacular Online Photo Show entries and a short one on 'life now.'  A couple days before the first presidential debate (Sept 29), three haiku rather suddenly insisted on appearing in my Notebook.  A fourth was born during the night of the debate.  Poetry of course is not unknown to me, but to have them pop into existence like that, without warning, was a little surprising.  I suspect quarantine life has something to do with it.  Those first four can be found at the end of this post.

Subsequently I decided that each of my entries for the Mares In Black Spooktacular online photo show was going to have its own haiku.  (I know, obvious connection!)  The entries suggested themselves in twos and threes; each time I successfully completed one, one or two others would arise in my imagination.  This went on until the deadline!  Twelve haikus later, I decided to publish them here.  The poem is above its photo each time.  I'm going to present them chronologically:  earliest entered first. 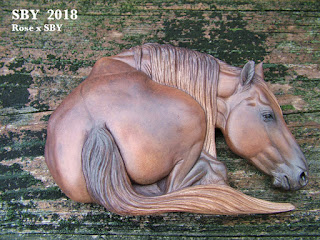 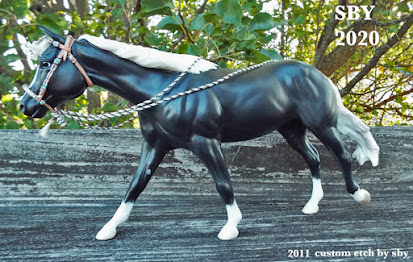 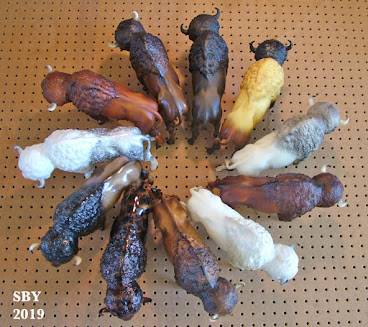 Up to this point I'd used mostly photos I already had.   The prompt Your Horse is Weird, Dude was one of the few that really set me dreaming.  My original vision was of two people pointing at each other's not-so-normal equids.  But once I actually set up the scene, it took on a different interpretation. 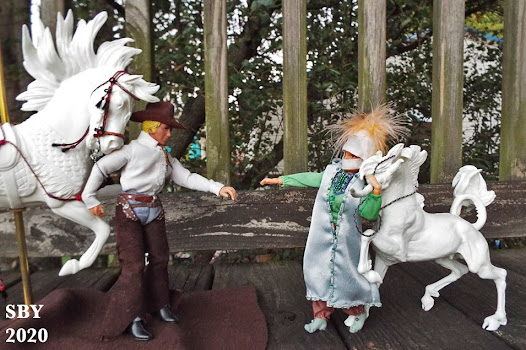 This poem makes more sense once you know this horse took a dive off the computer and scratched up his near side something awful.  I still need to repair him. 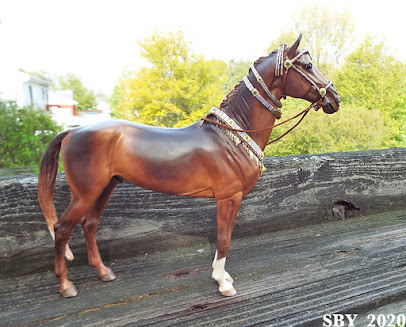 With Babysitter I wanted to emphasize that no matter how outlandish the coat color, Mom still knew best.  She was outlandish herself.  I got to make up a breed for her ("Celtic Decorator") but the poem is really a subtle comment on skin color. 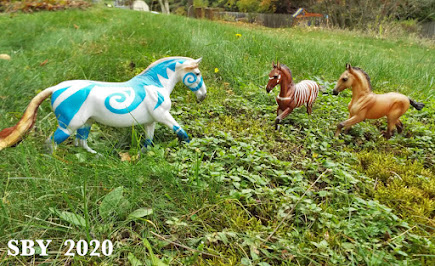 This is as good a place as any to discuss Altynai/Talisman's gender.  I first encountered the word 'risling' in Mary O'Hara's My Friend Flicka series.  I was slightly confused, pairing it with Truman Capote's biting comment 'Gertrude Stein suffered from undescended testicles.'  Only recently, with Honor A. P. running in the Kentucky Derby and being listed as a 'ridgeling,' did I do more research and realize these two words refer to the same thing.

Altynai is so narrow and slab-sided.  Upon turning him over, I decided 'he really only has one.' 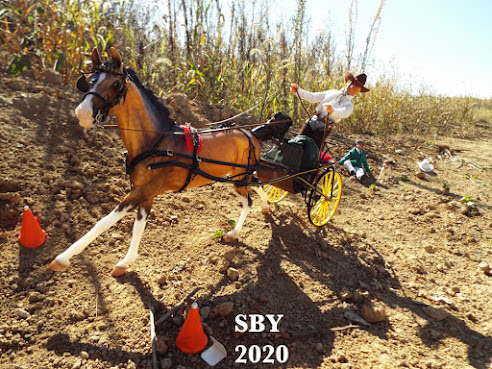 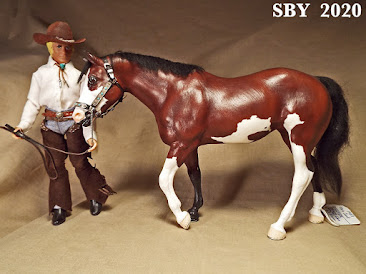 The last line refers to George Orwell's famous quote from Animal Farm, 'None of you have ever seen a dead donkey..." 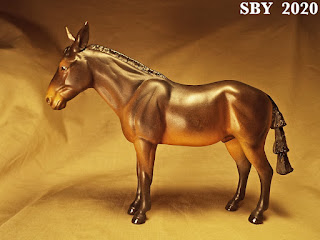 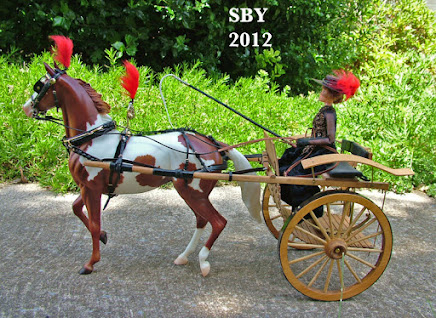 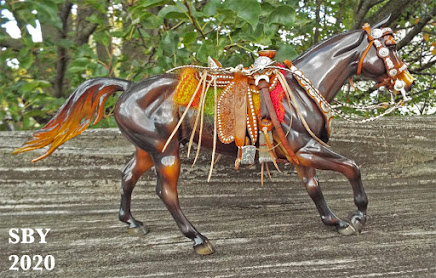 The only word you might need help with is 'desfile' which means parade.  But here's a full translation:  A festival parade is a happy occasion for the horses.

Truly this next one deserves a blog post of his own.  He took 2 days to create. 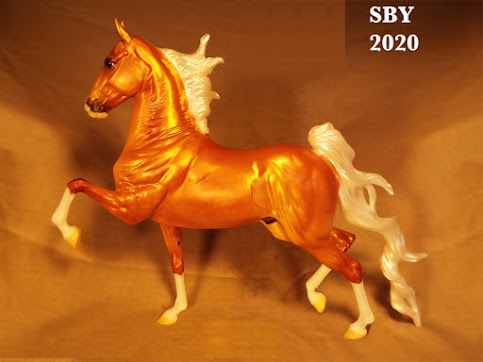 Being the artist, I focus more on what went wrong, or what I think didn't go so right.  Yet he is everything I wanted.  My vision came true.

The following haiku can only be described as reflecting the current societal and political climate.  The first came before dawn on the 28th of Sept.  I'm pretty sure it refers to marriage: coexisting with someone 24/7 for months at a time.  Stress either cracks you apart or presses you closer together.  Also I'd gotten hold of James Nestor's book Breath.

These next 2 were written during the day.  The last line of this one could've been arranged several ways.

I was really struggling with not being able to see my parents.  Mom had finally, miraculously, come home from hospital and rehab after 7 weeks.  The first line refers to the springing distance, the space between predator and prey.

This one was written after listening to about 10 minutes of the Sept 30 debate and not being able to stand any more.  I didn't know how the debate would end; I could only imagine what I wanted.  I'm quite pleased by the two ways to read the last 2 lines.

Quarantine poetry is a bottomless subject and I shan't go any deeper into it here.  Still I can't resist a grateful hug to the mask-makers of the world and a fond wave to the medical specialists who saved my life back in 2010.  They made it possible for me to be happily entering photo shows today.  Good luck to the judges of Spooktacular!