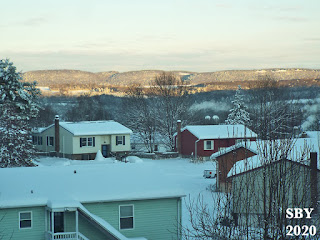 December 17, 2020.  Fourteen inches as home-measured on our deck (9 last night + 5 this morning).  We haven't had snow like this for several years.  Certainly this was the most of the season so far! -- there have been only a couple of quick dustings since fall began.  I started blazing away before I'd gotten dressed. 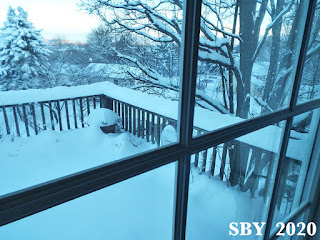 You can't see it but there are little stickers on this glass wall marking the record snowfall we got in 1994.  That was twenty-seven inches.  That was before we had so many plants on the deck, too, which kind of spoils the chances of marking that again.  Still, this is a very respectable snow event. 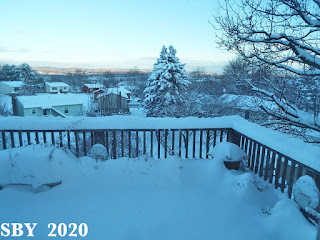 The twin-topped spruce of our neighbor behind was a thing of beauty.  And the light!  As the sun reaches up over Nittany Mountain [behind us, to the south] the light sweeps towards us like something out of Lion King.  I did a zoom on this shot and was very happy with it. 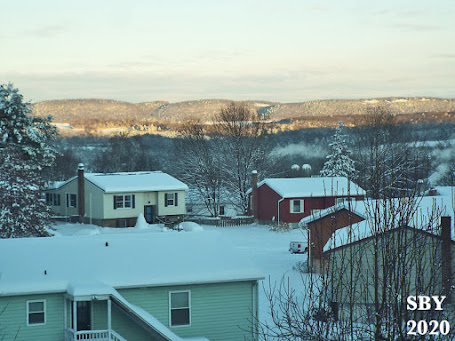 This shot shows how our rear neighbor, in the green house, dug out a Y-shaped space 'for the convenience of' their two dogs.  For some reason the most popular breed around here is the Lhasa Apso. 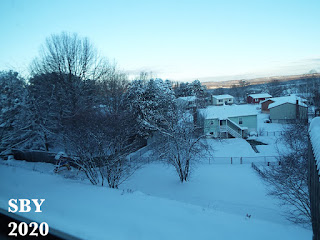 Reversing the viewpoint, this is the front street scene.  George had dug out the sidewalk last night, but it kept snowing -! 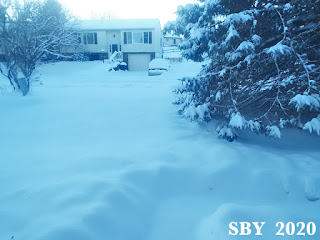 Speaking of digging, by now I had my clothes on and we plunged into the task.  It must have been after breakfast but I honestly don't remember.

The whole rest of this post is a series of 'before and after' pictures.  Somewhere deep in the files I have a shot of our earlier neighbor's car (in this same location) completely buried.  That would tell me when we last had snow anything like this.... 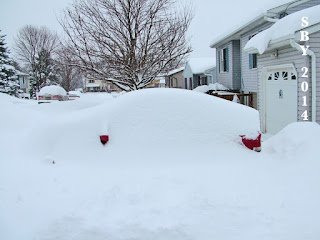 Here's the contemporary version, six years later.  The earlier neighbor is gone, having moved to Florida, how about that. 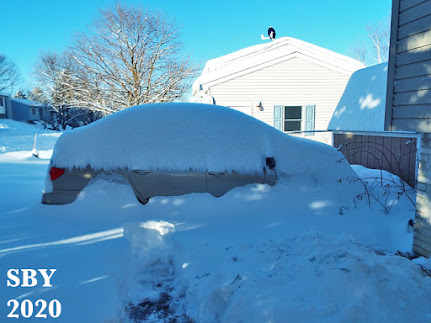 Our other car, the famous Moxie, daughter of Zippy.  Someday I must do a post on Zippy... 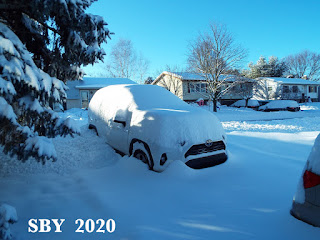 Now:  Magic!  Whirling corn shovels!  Flying powder!  Fresh air, exercise, camaraderie and speaking more with my neighbors than I have in ever so long... 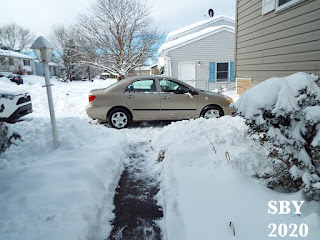 It's good for the arm muscles.  I dug the snow out of her exhausts with a spoon (not making this up...) 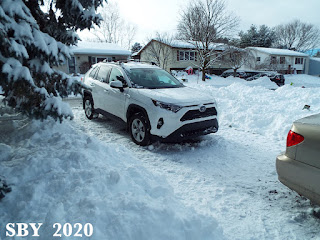 My preferred weapon is an old plastic house broom.  I get the car roofs;  Geo does the heavy lifting.  This time I did a neighbor's car roof too. 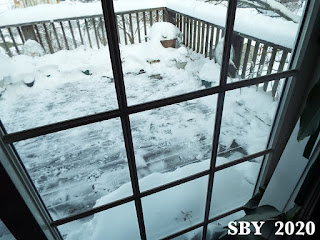 It might look normal to you, all this shoveling.  It is normal.  But somehow I do not want to be taking too much for granted. 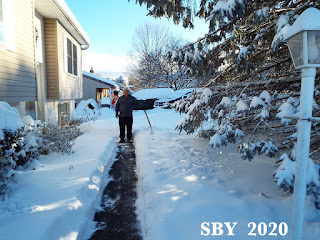 Bonus story:  Did you know that piled-up snow and ice around her feet will cause the Toyota Hybrid RAV4’s Low Tire Pressure icon to light up?  I thought it was just the cold.  I was sort of right:  The snow interrupts the radio waves [between her brain and her tires].  I checked all her feet with the tire gauge:  Nothing was unusual.  I couldn't reach the spare (in truth, I didn't bother to turn it over [and get to the stem] once I dug down to it).  Only by digging deep in the manual did I discover the incriminating words, "accumulated snow and ice," and then, with even more digging, find the way of resetting the icon.  Oh these sensitive cars.