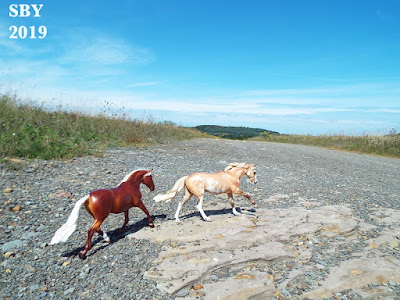 Saturday I spent online, vicariously, with TJS.  Sunday I went to Colonel Drake highway, a family vacation spot.  Contrast?  You bet!  Yet I went willingly...   It's a two-hour drive one way, to the far northwest corner of Clearfield Country, up on the Allegheny Plateau.  (Sandy Ridge Road off Colonel Drake (Hwy 36), north of McGees Mills, to be specific.)  The road crosses an old reclaimed strip mine. 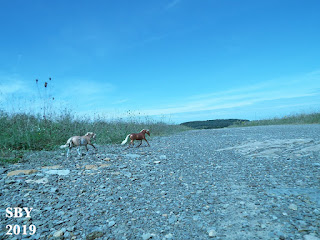 I took along two tack sets and four horses to shoot with my new camera, which I (obviously) needed to practice with.  My husband had his new camera too.  The weather was perfect. 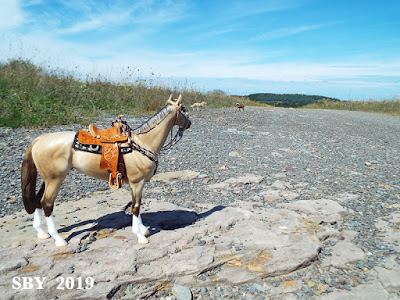 Can you spot the wild ones?   I had the recently-unsold hackamore with me (shown above).  Heh, more chances to play with it. 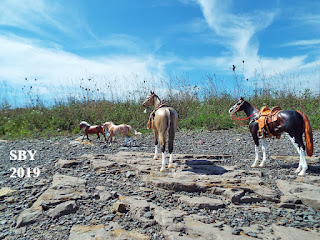 How often have I played, really played, with my horses and tack?? 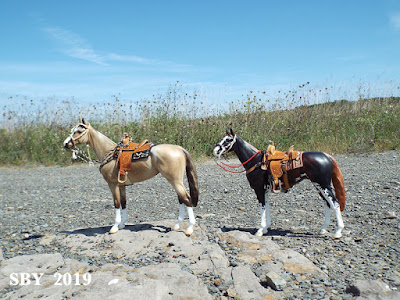 I'll let the pictures do the talking.  I've shot horses in strip mines before:  Rikki's prizes
(Luckenbach standard is inspiring for such wilderness;  I must say, though, I don't feel I could ever be so detailed.)
The relationships between these horses are rather complicated.  I will say they all have long and delicious names. 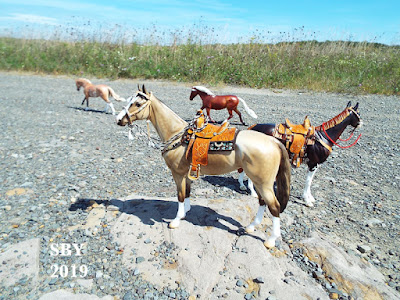 Lately my horse names have increased in length, with some to 4 and even 5 syllables.  You probably know about Palatlakaha (Emerson), named after a Florida town.
The silver bay Andalusian (Celeste) mare is Rapadura, a name for piloncillo or jaggery (dried sugar cane juice.  let's not get started on this addiction!).
The Rocket is named Alzucar (Spanish for "the sugar").
The Dundee has had a change in name, and is now called Barbahamia (ham pronounced hame).
(Barbados x Bahamas x feminine) 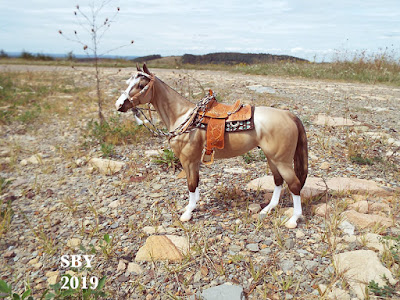 Photo-shopping happened to some of these, to get the colors better.
Should I shoot with his ears below the horizon (above), with ears level to my eyes, 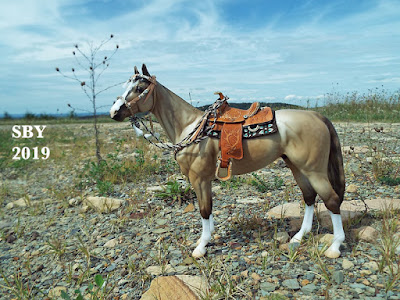 or with ears well above the horizon? 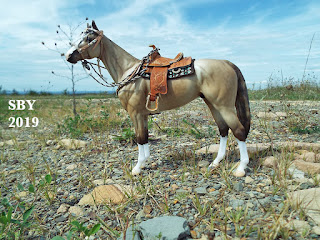 It was harder than I'd remembered to lie on my stomach and creep around.

This shot bothered me:  It looked so plastic.  Indeed I lack dolls.  (For the record, my best one went to The Jennifer Show, so is unavailable today.) 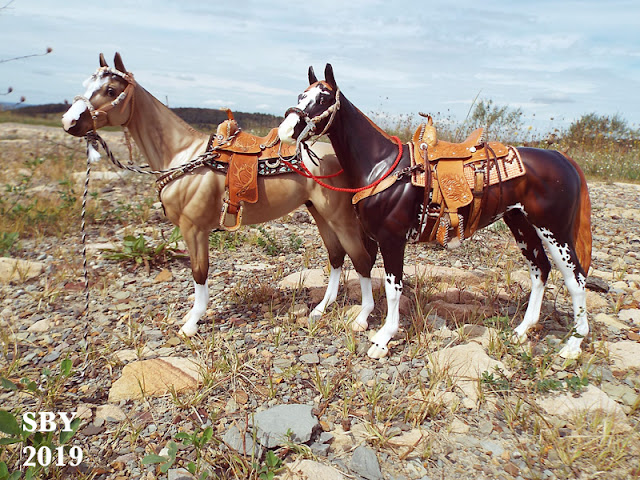 I tried to indicate their presence in subtle ways. 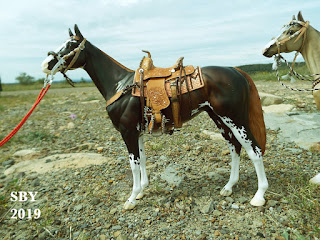 The whole look changes when you take the horizon out of the picture. 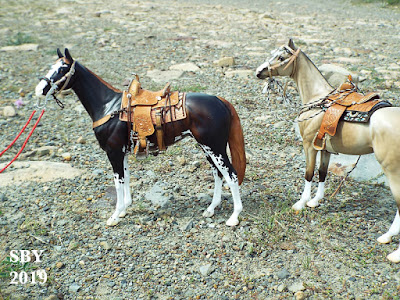 Imagine my surprise when I discovered that the Performance Challenge horse for TJS was the same mold as my Rapadura.  I did not know!! 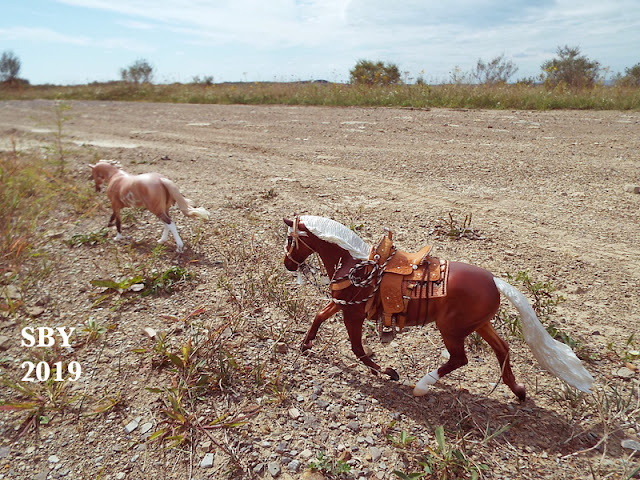 All unknowing, I'd been shooting and playing with her all day.  That's some vibes!! 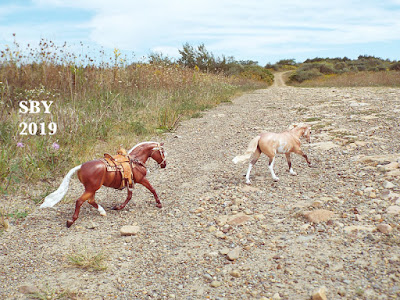 There are limits to my new camera.  Yet I shall live with it and be happy. 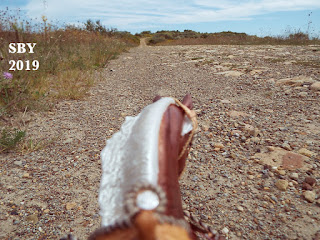 My thoughts are with the model community, and hopefully future posts will comment on them.  But for now, I am refreshed from visiting the high country. 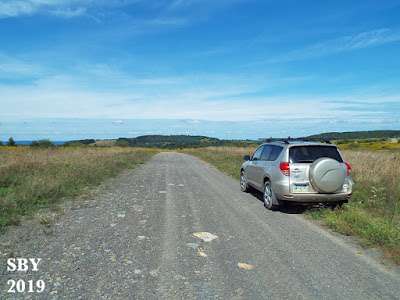 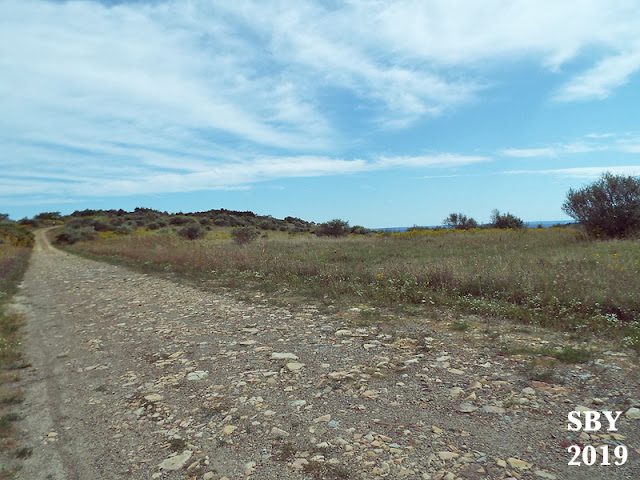