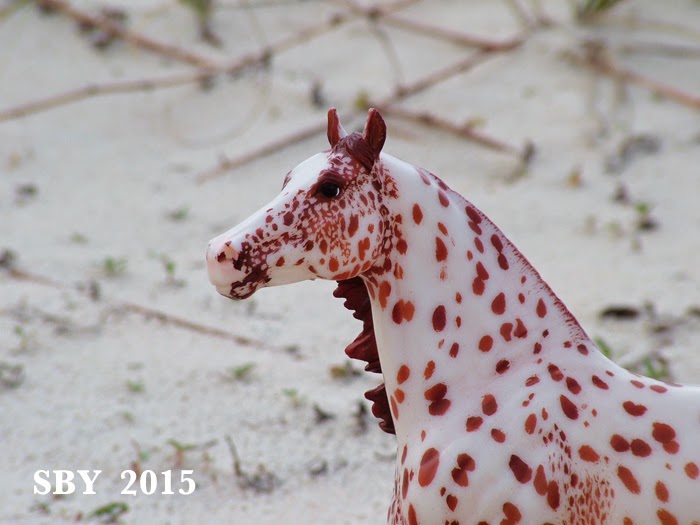 Over the past week, down in Florida for Spring Break, I finished Rinker.  He has been under weigh (yes, named after a boat!) since November of 2012: two-and-a-third years in the making.  When we last saw him he looked like this: 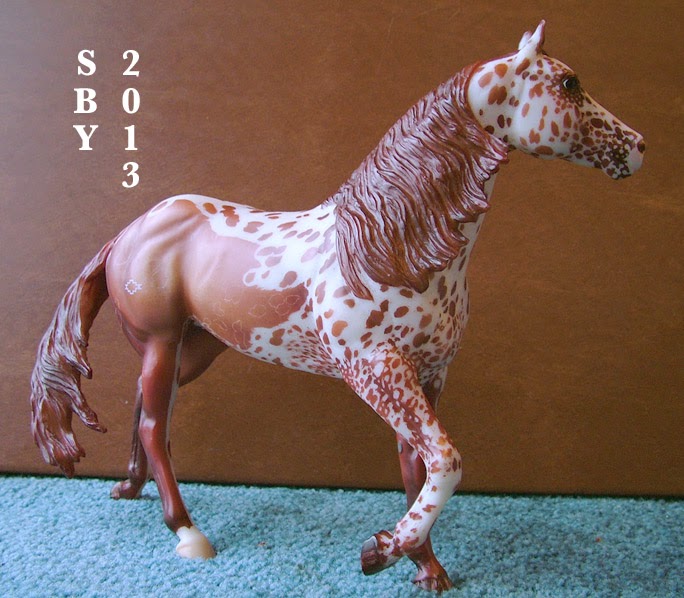 He was a particularly good entry for Jennifer Buxton's "Seeing Spots" contest, since I was literally envisioning his spots as I cut them!  The peculiar thing about etching, at least the way I do it, is I don't know how it's going to turn out until the actual work is done.  Rinker was created, as the saying is, an inch at a time.
One of the places we visited was the beach at St George's Island State Park in Florida.  The Island is in the western panhandle of the state. 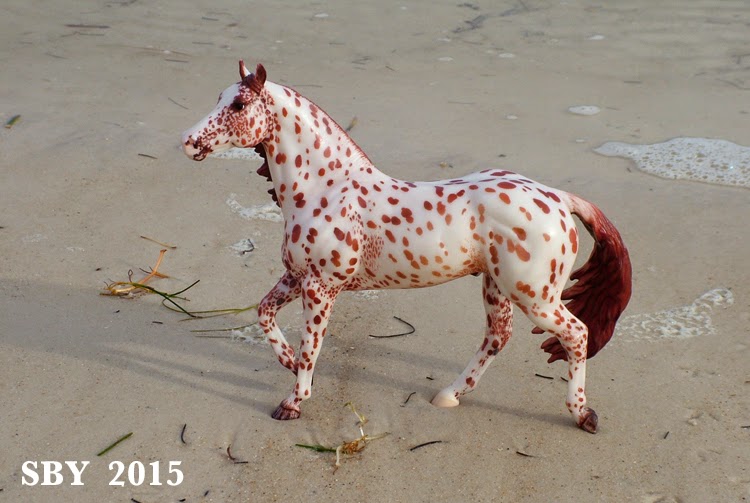 The weather was cool and blustery.  The tide was coming in. 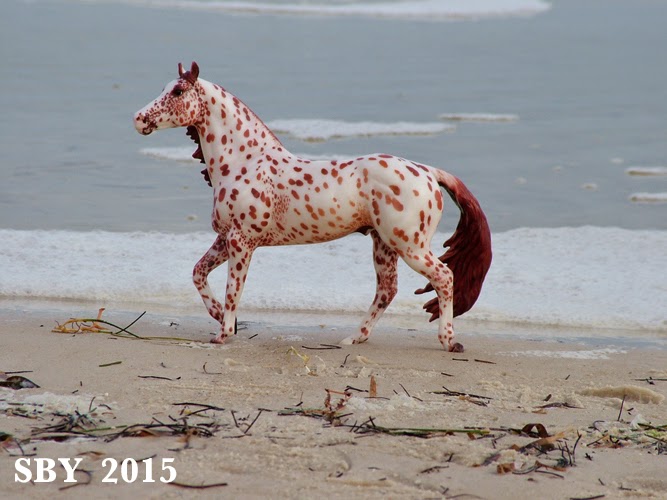 The sea will always be fascinating to us Westerners;  remember I was born and raised in Colorado, and live in central Pennsylvania.  This is the Gulf of Mexico, so the tide isn't much, but it's still thrilling to the likes of me. 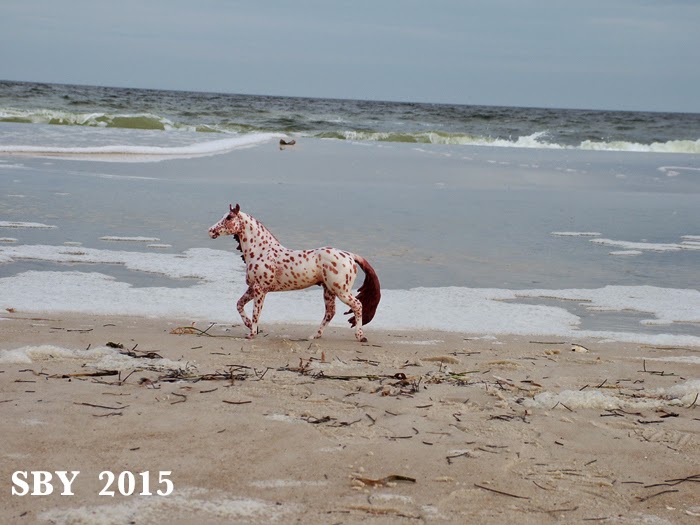 There was nobody much out on the beach, which was grand.   I did spot one person walking towards me, so I scooped up the evidence and turned away.  When I turned back he was going the other direction and never returned.  Thank you, whoever you were. 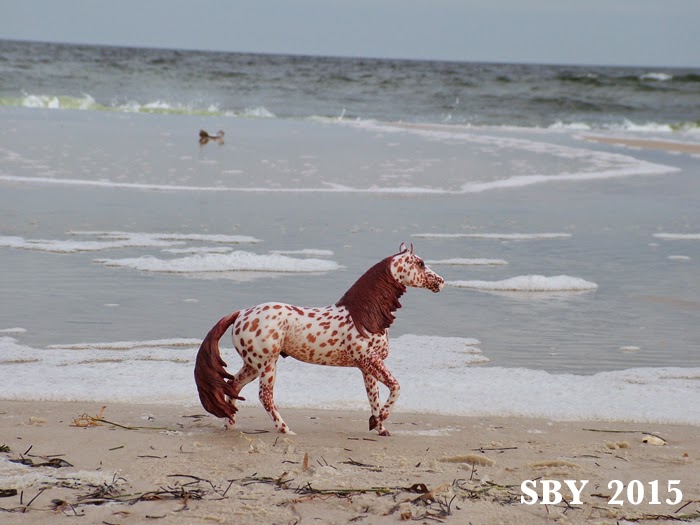 For more than two years, I have not known how that last off hindquarter was going to look.  The inner legs came, one at a time, starting this spring; but the outer off hind was absolutely the last place etched.  By now I'd developed many little tricks and habits in my etching.  I did reverse dapples, tiny-fleck roaning, ring spots, peacock spots and other things I don't know the names of!  Let's confess: Rinker is not based on real horse patterning so much as one artist's personal ideas and enjoyment of the craft.  Oh I had fun with him! 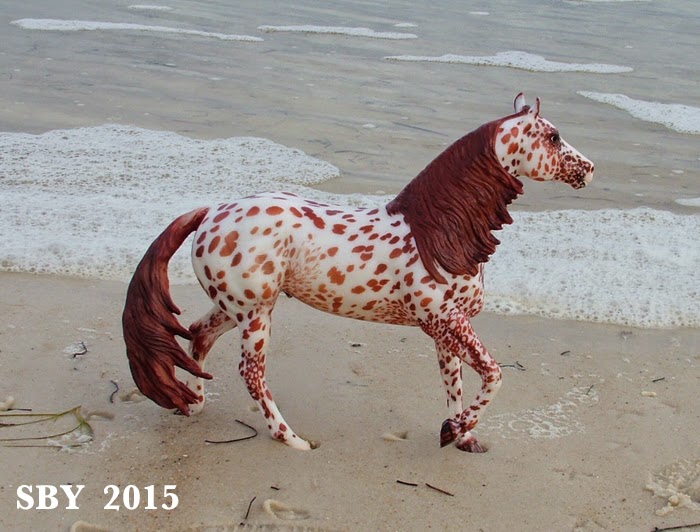 Along the inside of the near hock I couldn't reach with the knife, so it remains chestnut. 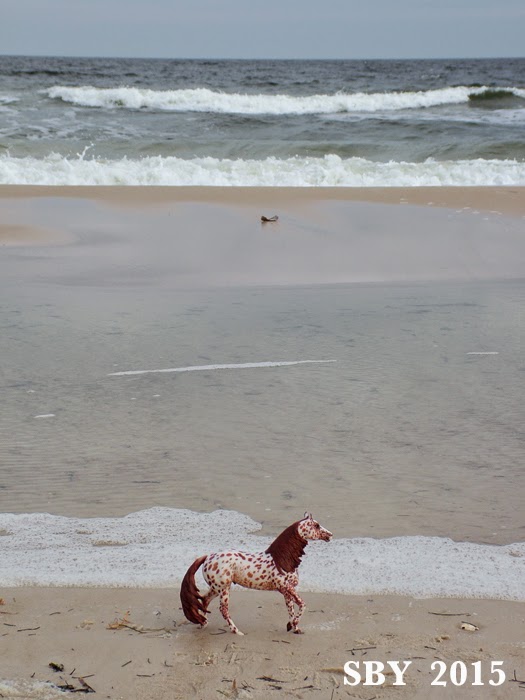 His etching was not finished on the beach.  In fact I was deep in a forest tract of Tate's Hell State Forest (I am not making this up).  We each had an hour to ourselves, and I sat on a trailhead bench with my closeup glasses and happily scratched away.  Only two cars drove by; the second stopped and interrupted me, but this time, since he carried kayak racks and our canoe was in place on our car right next to me, the subject of conversation was the canoe and not the horse.  After that I had only two inches to go.  Rinker was finished on March 12th, 2015.

Here are a couple of glimpses for the detail-oriented: 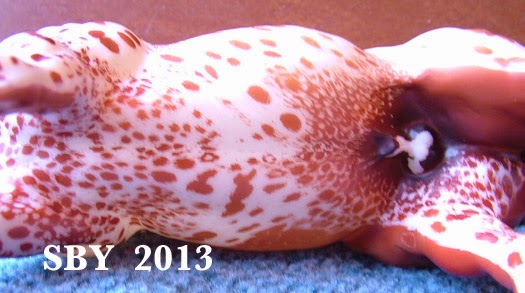 Back in November of 2012.  See some Mudflap spots lightly outlined? 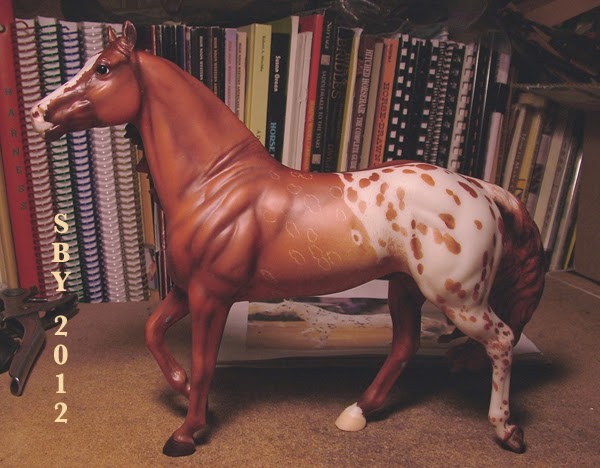 Previous Rinker posts include Etching My Own,  Half Appaloosa,  Chestnut No Longer and Rinker on the Scuppernong.

Back at the beach, I was soon distracted by the waves.  You can tell by the tilt.  And so was he. 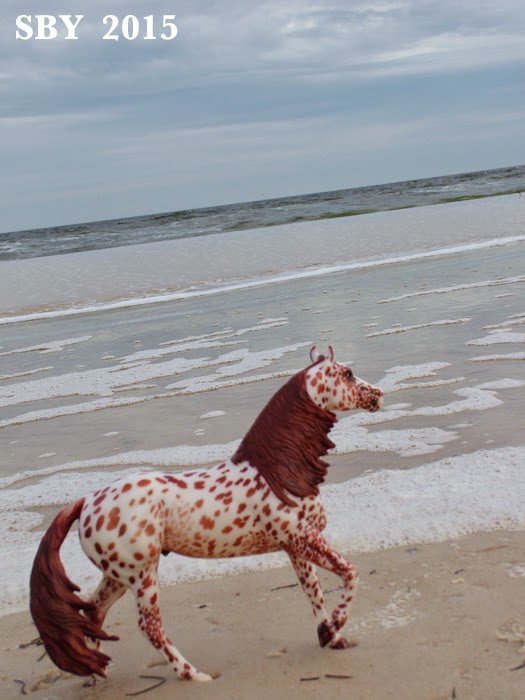 He is on a ridge of sand which forms an inner 'lagoon' on the beach. 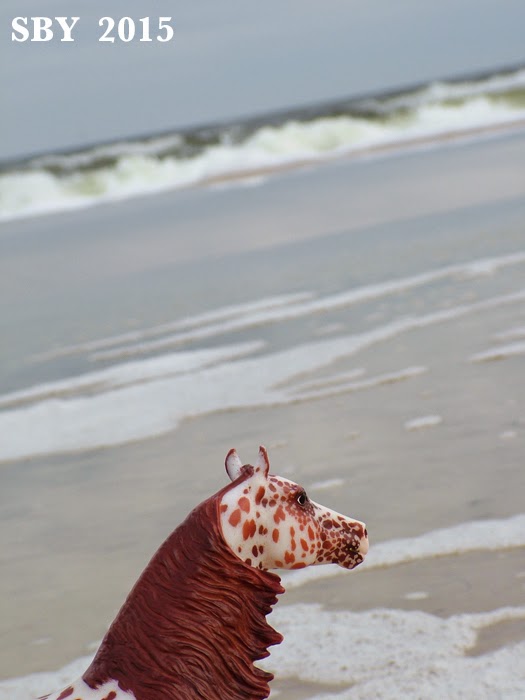 Now I'm going to try something I've never tried before:  an embedded video clip!  My camera can take movies.  Gotta admit it, I'm starting to take them more and more...  What better subject for an introduction:  horses and water...!  O.K., first thing to say is that the sea does NOT reach the horse.  He stays safe!  never fear!  Forgive my tilting...
But after that he had sand on his hooves.

Future blog subjects should include the shoulders of #454 and Fancy's Hackamore.
Posted by timaru star ii at 9:00:00 PM