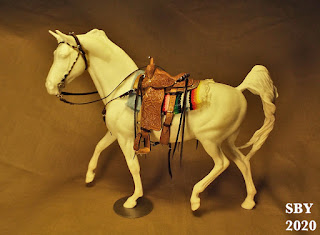 This concludes the restoration of TSII #89, a saddle built in 1985.  A better title might be Let's Celebrate Denderah!  I did promise a shoot of this Arabian stallion, sculpted by Karen Gerhardt, under tack.  What I hadn't counted on was how photogenic he was!  You invested in this expensive resincast just to take pictures of him unfinished?!  But how not...!!  Be prepared:  He is wearing something besides a saddle in this post.  Near the end, we will see him with only the bridle.  At the tail end of this post, something completely different:  a Giveaway!!
Even though Denderah is stealing the show, we must pay our dues to Valhombra/Carrick, who did his part.  These first pictures of the finished saddle were taken up in Sproul State Forest.  The expedition (May 31) was loaded with relief and freedom for us.  Our Governor clearly told us to use the State Forests, and we were happy to do so.  :) 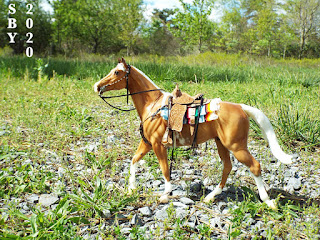 The weather was delightful.  It was wonderful just to be out in the wild again, with flowers.
A sun-lit close-up: 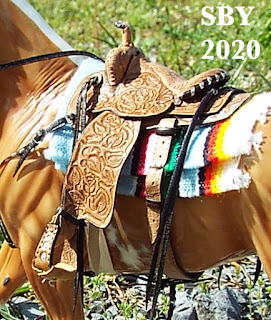 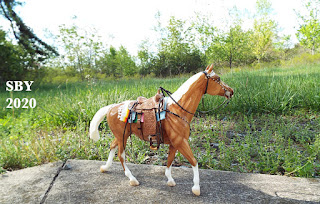 Although it would've been nice to have no concrete in the views, this parking-lot-kiosk sidewalk turned out handy.  I could pretend it was somebody's trailhead. 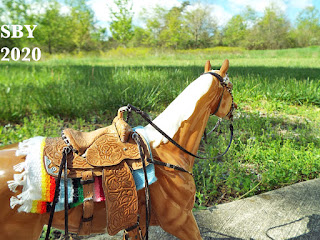 With a little judicious positioning...  Off for the afternoon. 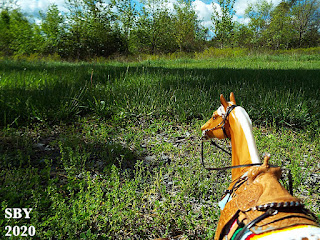 For a transition, try this!!  We drove past a desert-like stretch of gravel, and I couldn't resist.  It turned into a lesson on how my camera handled shooting a pure white horse in sunlight on a light background.  "A chance for PhotoShopping," was the answer. 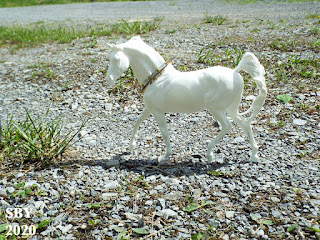 Yes, that is Brasenose's emerald collar.  There are deep connections between Tekes and Arabians. 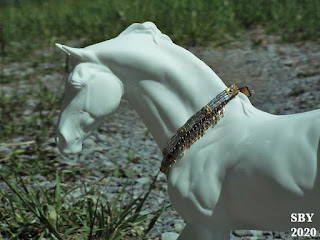 I have rarely PhotoShopped a photo as much as I have this one.  Consider it a side-trip for art's sake and education.
The final test of any piece of tack is fitting it on horses other than the one you've been working with.  Not only is this step a last chance for the tack (why didn't I make that [fill in the blank] longer, stronger, bigger, smaller, easier to adjust?!?) but it is an opportunity to get the feel of another horse.
So many revelations occur at this stage.  There is one comfort.  The piece is in your own hands and can still be tinkered with, instead of with the customer and beyond your reach.
I found Denderah different from Carrick, with a smaller chest and head and girth; yet still the set fit him well.  And nothing broke.  :) 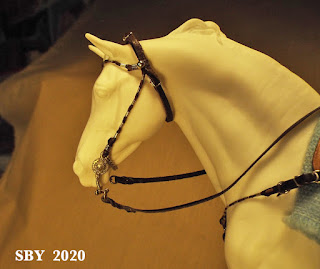 For all that Karen says she did not take tack into consideration with this horse, I found him quite reasonable. 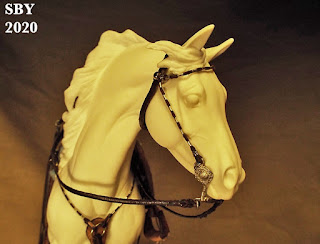 No matter what angle Denderah is seen from, he's exciting. 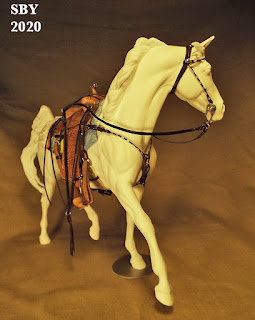 One has only to circle around, 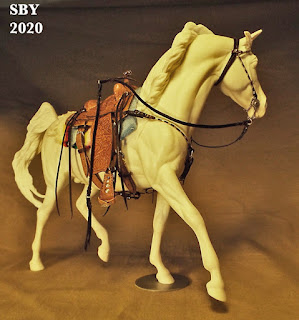 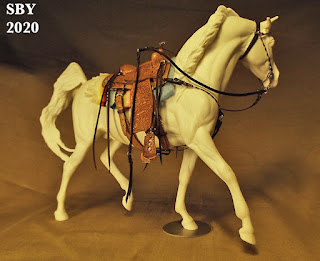 and around him to get a dream come true. 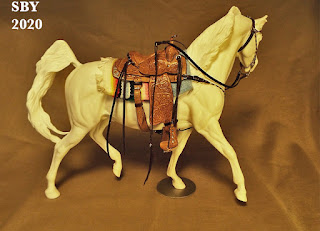 He carries the weight easily and does not look overburdened.   Arabians have been ridden Western in this country from the beginning of their importation.
This view of the finished restoration shows (amoung other things) the improvement given by the stitchmarking. 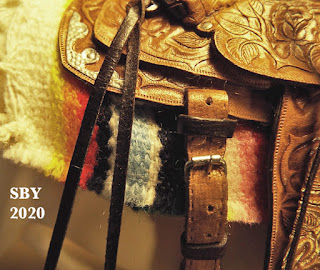 Here's the concho close up: 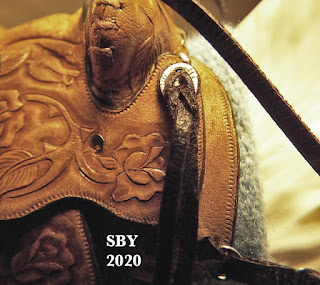 And the seat.  It's better than it was, and the cantle won't be flopping down. 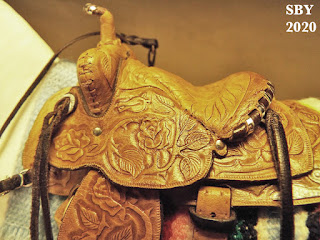 TSII #89 is restored and back where it belongs, and its owner has told me she's pleased.
On to more new cinches!!
Ah,
mister,
you took the saddle off
and let go,
he's getting away,
he's left his disc... 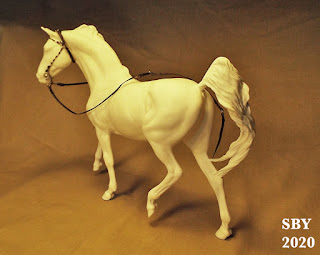 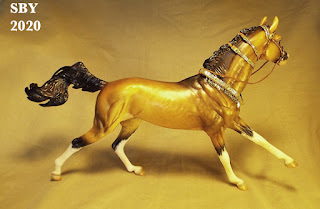 To enter, leave a comment on this blog.  Entrants would be limited to one comment per post per person, for the length of the entire Giveaway, from now until July 9th, just before BreyerFest.  Winner to be drawn by random number computer generation.  There are over 190 posts in this blog,... that's a lot of chances.
As the TSII often says, More later.  So many thanks for your patience. 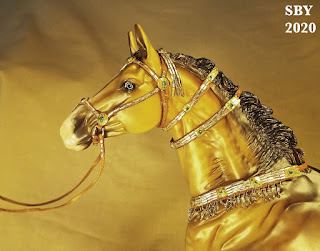